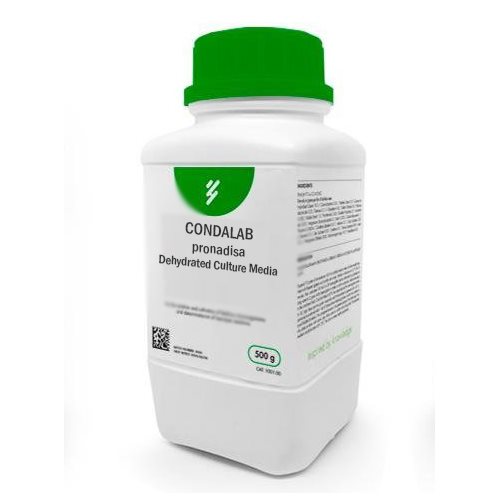 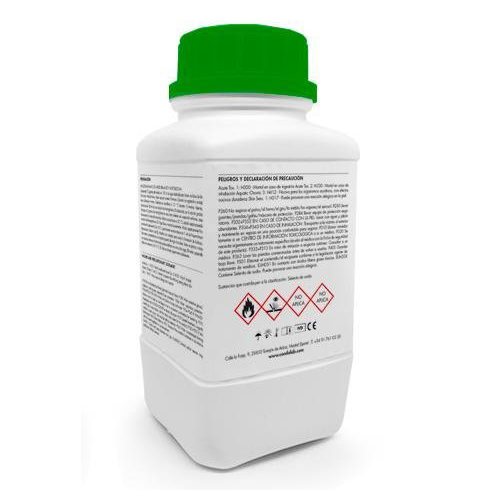 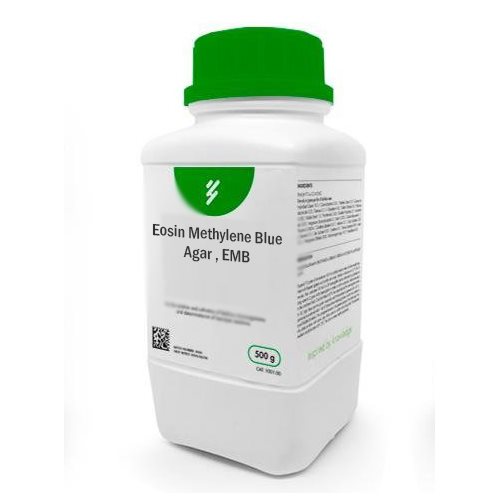 For the isolation, cultivation and differentiation of Gram negative enteric bacilli from clinical and other specimens 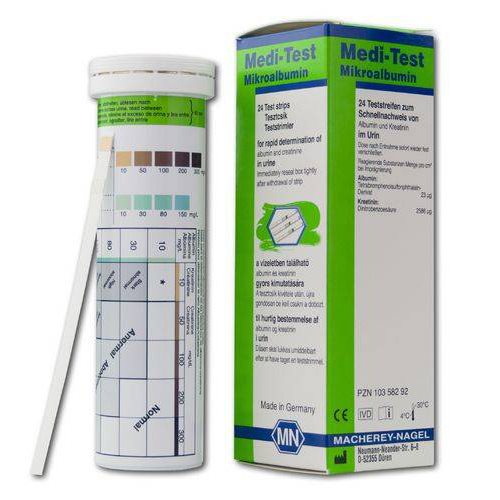 Eosin Methylene Blue Agar (EMB) is a differential medium similar to Levine EMB Agar (Cat. 1050), used for the isolation of Enterobacteria. The use of eosin Y and methylene blue enable differentiation between lactose-fermenting and non-fermenting organisms. It is widely used in medical bacteriology, in techniques recommended by APHA and for the detection and enumeration of coliforms, contaminants of foods and drinking water. Peptone provide nitrogen, vitamins, minerals and amino acids essential for growth. Sucrose is added to Lactose as a fermentable carbohydrate to detect coliforms that ferment sucrose more readily than lactose. Eosin Y and methylene blue dyes are both partial inhibitors of Gram-positive bacteria and pH indicators. Due to the lactose and sucrose, this medium can be differential in primary culture: Salmonellae and Shigellae which are lactose-negative can be differentiated from other lactose-negative and sucrose-positive organisms such as Proteus vulgaris, Citrobacter and Aeromonas. Dipotassium phosphate acts as a buffer system and bacteriological agar is the solidifying agent